Heart locked at the time due to re-contruction...try again later, please 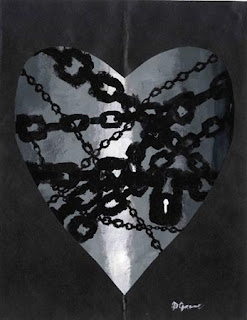 Yes, it was broken...not once, but twice last year...twice... perhaps not because I desearved it, but because it was doomed to fail, and I knew it since the beginning... but at least I tryed, I certainly did, and I put all my heart and my strenght into it, and probably that's why it hurt so much both times, 'cause I gave all I could and it appears to be not enough... I don't reallyknow if it was because of me, or because of them, or blame it on the timing or in the circumstances... but it just didn't work out.
big mistakes: starting something with someone just because is there and just wanna try... putting all your cards on the table if you don't see the other's cards on the table as well...taking two or three steps if the otherone hasn't take the first one...trying to push the things forward by yourself, try to glad the other person and get your self into his life is not woth it if the other person is not willing to do exactly the same thing for you...it's all about giving and getting in return! not because you are selfish, but because, when someone loves you wants to make you happy, and will try, in his possibilities, to make u happy, and to accept you as you are, to make u feel that he appreciates you and what you do.
A friend quoted on his msn: " If you're not loved in the way you wanna be loved, so it doesn't matter to be loved!" ....completly right! is not worth it!! does it really matter to have someone if at the end you reall y feel like you are alone or even worst than that?? the answer is: NOT REALLY!!! ... no matter who he is, or what he does... if he doesn't give 100% as you are, then he is not for u, he doesn't desearve u... I cannot say that it doesn't hurt, 'cause it does!! deeply...but at the end of the path what it really comes to matter is that eventhough you made many mistakes, you gave it all.. you were not loved, but you did tryed to... you loved at the end!! ...
But now.. after two love-war wounds...what I need is time to heal, to build again that heart that was shatered, and smash (by my own will)...time to re-construct and create new parts of me, so I can love again...but this time more carefully, slowly, realizing that I desearve getting back all the effort, to be appreciated, and conquered.
Publicado por Adri en 18:27 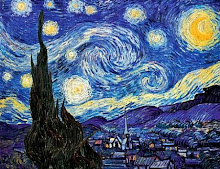 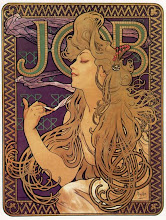